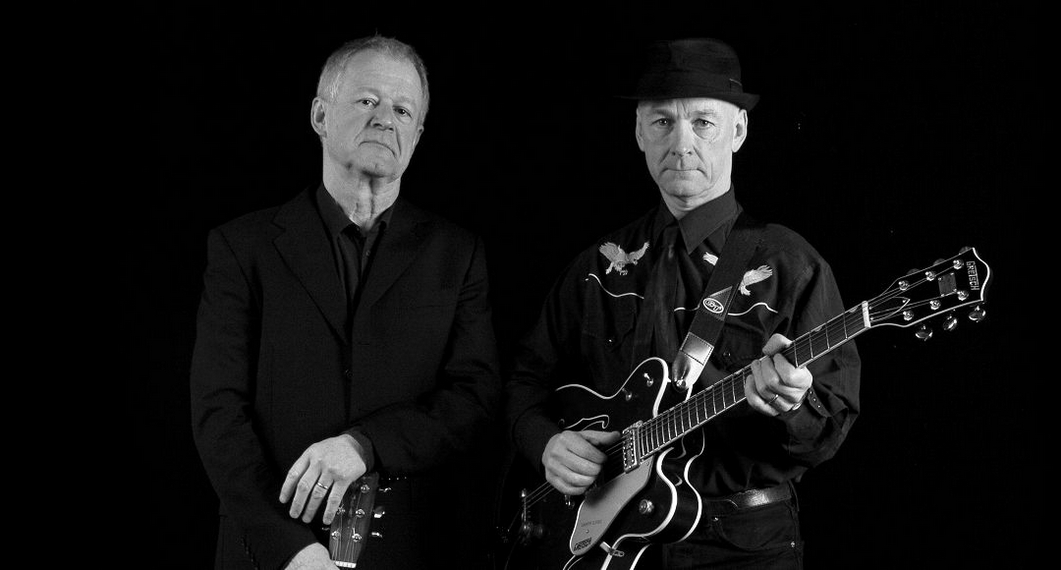 Roots, Rock, Folk & Americana
The Nelson Brothers have travelled the world playing gigs and writing songs; from the Midlands to the Isle of Dogs; the Arizona desert to Sydney, Australia; Amsterdam to Bermuda.
Performing a beguiling blend of roots rock, folk and Americana, the British duo have only released three albums under their own name but to those in the know they’ve been ever-present on the scene, whether writing songs in Nashville or winning international acclaim for their liaison with Oscar-nominated American actress Elizabeth McGovern as Sadie and the Hotheads.
Read More....

Places In The Heart

The Nelson Brothers debut album, Hometown, recorded at Gateway Studios, London, was originally released on Round Tower Records in 1993 and included the song ‘Stranger To My Heart’ which featured in the movie ‘The Innocent Sleep’. The album was re-mastered and re-released in 2007.
In 2009 the brothers released their third album, Places in the Heart, to fantastic reviews. But, what happened to the second album?
A second, untitled, album was recorded in 1994 but the record label folded and the tapes remained ‘lost’ for over a decade. When Gateway Studios closed down, the two inch reels were discovered in a rubbish skip and returned to the Nelsons. Drums were re-recorded, some lyrical changes made, and vocals re-recorded and the album, Sacred River, was released in 2015.
2017 saw the release of the Nelson Brothers fourth album, Migrant Tales, featuring songs inspired by the Nelson’s history and their travels in America.
The Nelson Brothers new country music single 'The Good in Goodbye' from the album 'The Nashville Sessions - Songs by The Nelson Brothers' was released on July 12th 2019. Recorded in Nashville with ‘A’ list Nashville session players.
Back to content